Here are the #TNT tips you may have missed during July 2016.  Subscribe so you don’t miss any tips! YouTube says its primetime audience is bigger than the top 10 TV shows combined.

On mobile alone, YouTube now reaches more 18-49-year-olds than any network – broadcast or cable. One of the world’s largest ad holding companies plans to shift $250 million from traditional TV networks to YouTube over the next year.

Online video is rapidly growing, and getting results. Are you producing any video content for your business? We can help. Everyone seems to be playing Pokémon Go. Is there a way for businesses to get in on the fun?

Pokémon Go uses your phone’s GPS and camera to let you search for and collect Pokémon cartoon characters in the real world. Powered by Google maps, players have to move around in the real world visiting real world locations. Could your business be a Pokéstop?

Less than a week after it’s release on July 6, its become a worldwide phenomenon despite the fact that it’s officially available only in Australia, New Zealand, and the United States. 60 percent of Android users in the U.S. are playing the game every single day. As you plan and execute your social media strategy, take advantage of current social buzz to drive traffic and further relationships.

How This Affects Marketers And Publishers Facebook doesn’t show you all the posts from your friends and the pages you like. Facebook uses an algorithm to determine what will be most interesting to each person. This algorithm has changed over time, and Facebook is changing it again.

For a while, Facebook wanted to become the source for all your news (even paying publishers to put stories on Facebook), but now has announced that updates posted by your friends and family will have more priority over those from publishers, brands and other pages. Learn what this will mean for business pages.

Prices may increase in the future, but Facebook advertising is a good value right now for reaching your target audience. Make sure you have a diversified platform strategy however, and that you are putting your most important content on your website which you own and control. You can then promote this same content on social media and via email. The study also shows that viewers are more likely to take action after watching ads on short-form content (like branded content or viral videos) compared to traditional content (like movies and tv shows). Does your media plan reflect that kind of preference?

Video is a a powerful tool in your digital marketing arsenal. If online video is your audience’s priority, should it be your marketing priority too? 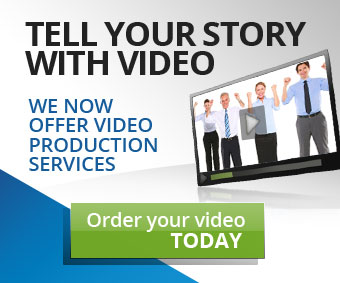